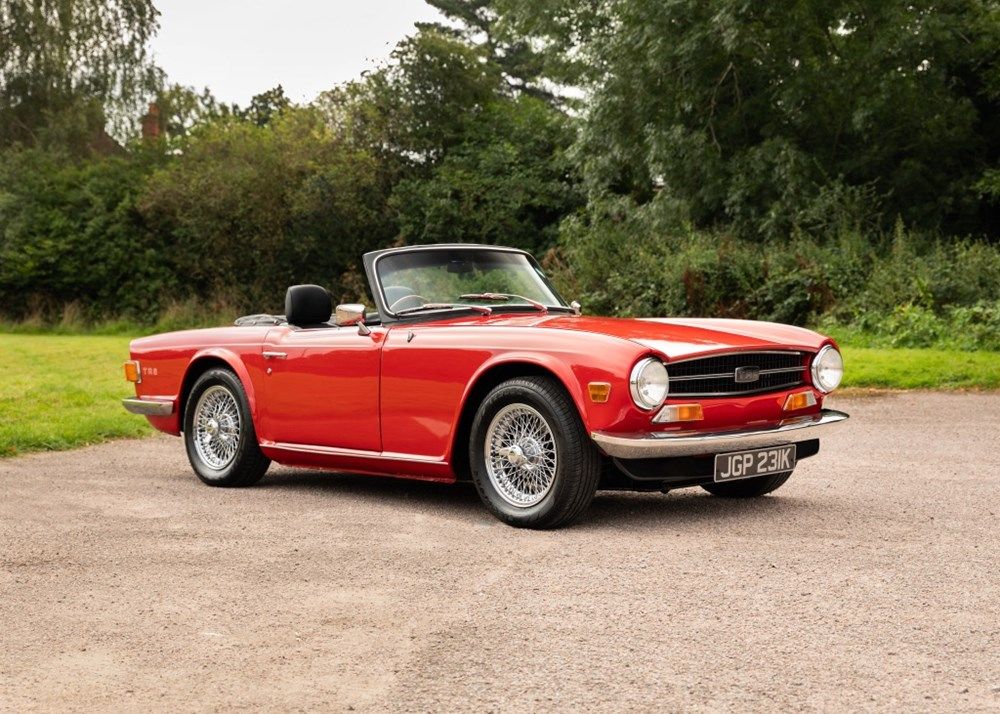 Lots of good results at Historics Saturday sale this past weekend. To name but a few, firstly an interesting Austin Seven special which someone had lowered the roof on and then entrusted to Pigsty racing to uprate the engine. Not one for the purist but clearly more than one person liked the idea, powering the no reserve car to £16,240, quite some premium to what a standard car would command. The 1989 MG Montego EFI is worth a mention, with just 31,402 miles on the clock the car achieved what is likely to be a record for this model at £9,282. Values of Triumph GT6 MK3 seem to have jumped once again. A nice red example made £22,400 against its estimate of £14,000 - £17,000 The car had been the subject of a full rebuild and had some interesting provenance having once been owned by Leo Villa OBE, Donald Campbells Chief mechanic. Later in the sale a 1974 MK3 car with just under 21,000 miles on the clock made £28,000 which was also a little over its top estimate. The 1975 Alfa Romeo Montreal which was in need of restoration was sure to generate plenty of interest being a right hand drive example which is one of just 155 such cars produced. Bidding took this one to £43,680 against its estimate of £28,000 - £38,000. The low mileage award goes to a 1980 Triumph TR8 Convertible with just 73 miles on the clock and at no reserve went on to make a huge £28,000 despite being in need of a full restoration. Yet further evidence of rising TR values, a very nice 1971 Triumph TR6 romped ahead to make £30,800 which was just over the top end of its estimate. Another similar car in the sale achieved just under £30k. We don't want to keep banging on about Triumph values but another example was a 1979 Triumph Dolomite Sprint with 55,700 miles on the clock which burst through its estimate of £12,000 to £15,000 to make £19,040 which is an auction record for a Sprint. According to our records this car was last on the market in May 2013 at £7695 which represents a 250% increase in value, stock market eat your heart out! Dare we say it but another strong Triumph result, this time for a 1975 Triumph Stag in super condition which made £31,360 against its estimate of £23,000 - £28,000. In the box of bits category a 1982 Lamborghini Countach 5000 S which was estimated at £145,000 - £180,000 still made a huge £257,600. What is that going to cost to restore!