Derek Trotter's Reliant Van to be sold at Silverstone Auctions 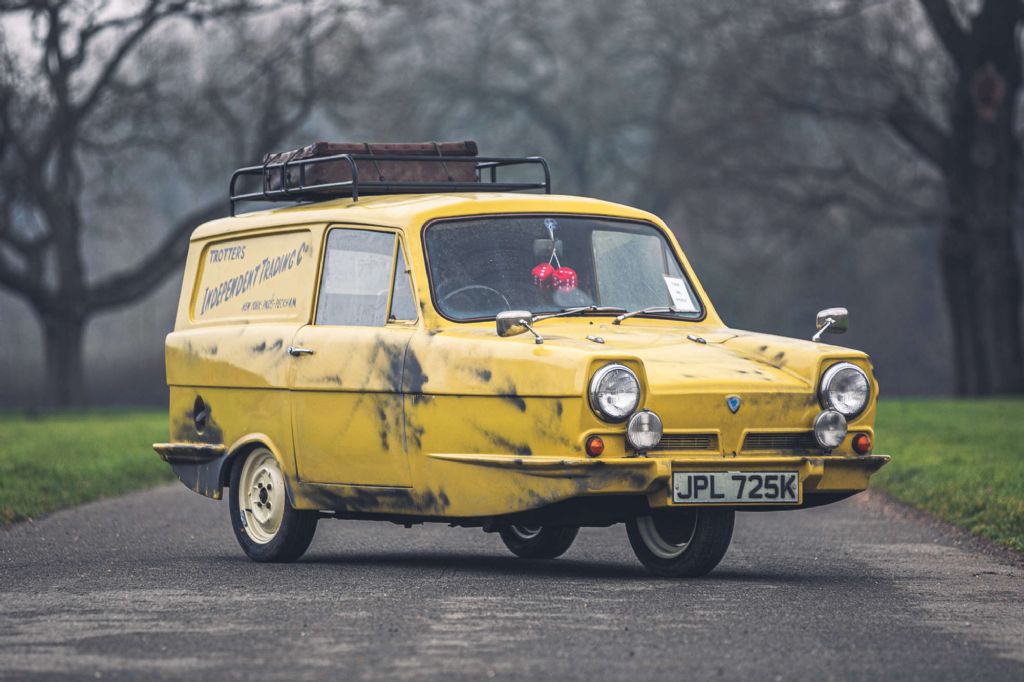 For those seeking one of the most memorable cars from the 80s sitcom era you can probably do no better than Derek Trotter's van which is due to be sold at Silverstone Auctions next sale currently due to take place on Friday 5th March. The van comes with good provenance and is believed to be one of the half a dozen or so vans used during the series. the van is owned by John Mansfield of the BBC who also owned the example successfully sold by Silverstone Auctions in 2017. the van comes complete with the roof rack, market suitcase, fluffy dice and even an inflatable doll in the back (Episode 2, Series 6 “Danger UXD) ! So if you want to relive the days of Del Boy (played by David Jason) and Rodney (played by Nicholas Lyndhurst), this is your chance to buy a 1972 Reliant Regal Supervan III which will remain a firm part of history. There is no reserve on the van, but expect plenty of interest. Looking back in the records, the last one sold for the princely sum of £41,626, cushtie!!